You must be using a Javascript-enabled browser to use this feature. Please enable Javascript or upgrade your browser.

The history of Omaha Public Power District (OPPD) dates back to 1917, when the Nebraska Power Company was incorporated. On June 1 of the same year, the newly formed company acquired the property of the Omaha Electric Light and Power Company. In 1946, its customers numbered 83,507, gross revenues totaled $10,828,000, kilowatt-hour sales were 552,000,000 and generating capability had reached 119,000 kilowatts.

On Dec. 2, 1946, the state legislature created OPPD as a political subdivision of the state of Nebraska, which acquired the properties operated by the Nebraska Power Company. In January 1965, the Eastern Nebraska Public Power District merged with OPPD, doubling the size of our service area to 5,000 square miles. With the merger, four counties were added to OPPD's service area, which now covers all or part of 13 counties in southeastern Nebraska. 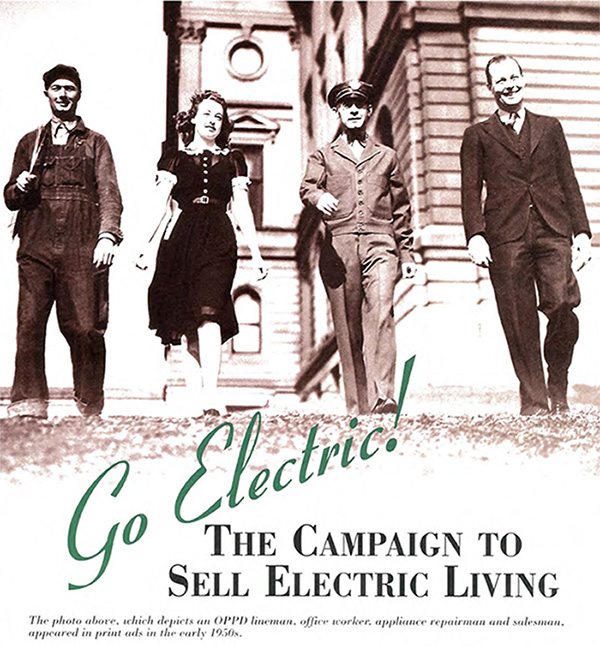